To the sometimes frightening list of things that machines may do better than humans, university researchers are adding the art and science of storytelling.

In my book, “Finding Your Capital S Story, Why your Story Drives your Brand,” I devote a portion of a chapter to AREL, a computer-generated neural network that researchers at the University of California at Santa Barbara developed to construct complete stories from a series of images. As I relate in the book, a scientifically rigorous study of AREL found that he/she/it was rated a better storyteller than humans three times out of five by a group of people who didn’t know a computer had written the story they consumed.

While that research is intriguing, there are other examples that suggest AI isn’t quite ready to claim the mantle of a Hemingway or Yeats. In 2016, Thomas Middleditch (who went on to better projects) starred in a short sci-fi film called “Sunspring” — and notably, it was scripted by artificial intelligence (AI). Let’s just say it wasn’t the greatest. Or as the Chicago Tribune put it, “A movie scripted entirely by a computer, but don't freak out just yet...”

Yes, the scary (and sinister-sexy) part of AI is the recognition that computers may someday write better stories than we do. The more tangible and compelling case for computers and storytelling though, is that they can prove what we as humans feel through data-driven, scientifically rigorous methods: Stories work!

The best example of this is the work of the team managing The Story Learning Machine at the MIT Media Lab. I like this example because the research included subjecting AI to the nearly wordless, opening sequence of one of my favorite stories, the 2009 Pixar film, “Up.”

The animated film’s opening is beautiful, complete, happy and sad in fewer than five minutes. I wrote about this and another great wordless storytelling example from Chipotle in an earlier WordWrite blog post.

So when I learned that computers had validated the story that opens “Up” as great storytelling, I was intrigued. As the researchers put it in a paper they co-published with McKinsey, “As in many video stories, the arc in Up’s opening montage contains a series of mood shifts, rather than a clear upward or downward trajectory. One of the highest peaks corresponds to images of Carl as a happy child, for instance, but there’s a big drop shortly after, when young Ellie scares him in the middle of the night. The machine’s negative response reflects Carl’s fright. Other peaks emerge much later, when the newlyweds are planning to have children, or when the elderly couple embraces. The valence plummets near the end, when Carl returns home alone after Ellie dies.

Click here to see the graph from the researchers’ work, as reported in the McKinsey paper.

With that analysis in mind, I wondered: What can AI do to prove the power of great stories that we humans can’t?

The answer: AI can consume, as it did in one MIT experiment, 1,500 videos from Vimeo plus 500 Hollywood films, including the opening sequence from “Up.” Then it can crunch some data around events in the stories to identify patterns. Then the scientists running the AI can have humans watch some of the same content and ask them to validate the AI conclusions about elements that make a story great.

And what kind of stories does AI like best (aside from the same kind that us humans do)? The MIT research, completed in partnership with McKinsey, came to these conclusions:

This research is hardly some esoteric pursuit; as we’ve learned at WordWrite, the most valuable marketing tool any organization possesses is its story, and not just any story but its Capital S Story, the story above all others that answers why someone should buy from, work for, invest in or partner with an organization.

We find this to be especially true for our clients, most of whom are providers of complex services seeking to engage decision-makers in the C suite of middle-market companies. If these service providers start firing credentials or features and benefits at their prospects, they quickly lose them. If however, they share a story, well, as AI demonstrates, now they’ve got their attention.

The MIT-McKinsey AI research proves that if an organization shares a version of its Capital S Story that creates a positive ending, it has a story that’s going to work best.

To learn more about how we help companies generate these kinds of results by sharing their Capital S Story, download a sample chapter of my book, or explore the resources below. 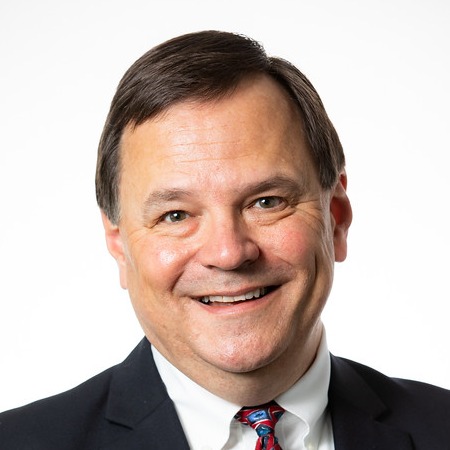 Interested in reading a sample chapter of my book? Visit https://www.wordwritepr.com/find-your-capital-s-story