Before Usain Bolt, Steve Prefontaine was the story of speed

This blog is usually filled with discussions and perspectives on the importance and technique of telling meaty stories with context, enlightenment for audiences and above all else, authenticity. At WordWrite, we believe so strongly in these concepts that we have developed a unique approach on how to partner with clients to build such stories.

But like anybody else, there are times when I like to shift my personal energies from helping to tell a great story to simply remembering some great ones already told. My personal bent is to reflect on personalities who once made powerfully compelling stories that, because the fog of time, have dimmed in our collective memory. In the name of introducing, or reminding you, of authentic tales from the past, I want to share with you the story of a great distance runner.

Steve Prefontaine (1951-1975) was an acclaimed American distance runner. The previous sentence is the storytelling equivalent of calling Tiger Woods a “good” golfer or Barack Obama “well spoken.” To put it another way, Prefontaine was Usain Bolt before Bolt sprinted into the track and field spotlight. Prefontaine was unbelievably talented who held numerous American records and in a six-week stretch in the summer of 1974, set American records in the 3,000 meter, 2 mile, 3 mile and 5,000 meter runs. But for all of that performance achievement, his personality and sense of competitive style was even more compelling.

A self-described “runt” of a man, Prefontaine ran fast, but more importantly, ran fast in a way so different, so breathtaking, so authentic, that he commanded attention. Here’s how a typical Prefontaine race would go: Competitors (highly talented in their own right) would assemble at the starting line. Borderline tardy, Prefontaine would show up and cockily prance around like a rock star during pre-race introductions. Then the race would start, and he’d immediately go to the lead and then dare his competitors to catch him. For distance running, Prefontaine's tactical approach was deemed somewhere between unorthodox and suicidal. When asked why he raced this way he said:

"Some people create with words or with music or with a brush and paints. I like to make something beautiful when I run. I like to make people stop and say, 'I've never seen anyone run like that before.' It's more than just a race, it's a style. It's doing something better than anyone else. It's being creative."

Prefontaine’s off-track style was just as audacious. He stole competitor’s girlfriends, fought (and won) against the archaic governing bodies of Track and Field, and helped make his sport so popular that, for a brief while, a U.S. professional league sprouted. Mind you, he did all of this long before the days of 24 hour news cycles, ESPN, digital media and all the information tools of the current age.

At least two Hollywood movies have been produced about him—Prefontaine and the aptly titled Without Limits. Both are reasonably accurate historically, but neither captures the enormity of Prefontaine’s truly authentic personality. Sadly, he died in a one-car accident in May 1975, and outside the narrow niche worlds of Eugene, Oregon and American Track and Field, he is hardly remembered.

In the name of appreciating authentic stories, do yourself an enormous favor and learn more about Steve Prefontaine. It just may help you appreciate Usain Bolt a bit more. 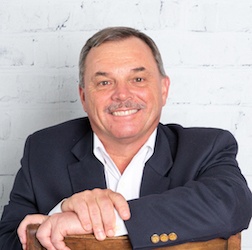