From an economic standpoint, the news is disappointing because businesses will lose a long respected option for their advertising needs.

On a more human level, everyone hates to see talented professionals endure the stress of finding another job. Hopefully, the wide array of other advertising firms in town will quickly swallow up the more than 40 Mullen employees.

The rationale behind the closing seems simple enough. Insurance giant Highmark has long been Mullen Pittsburgh’s largest client, paying out tens of millions in fees during the past 15 years, including nearly $4.9 million in 2013. Highmark has confirmed it will end its relationship with Mullen and use another agency for its advertising needs moving forward.

Does this mean Mullen failed? Does it mean its people didn’t do a good job? Were they at a creative impasse? The answers to those questions appear to be no.

By all indications, Mullen did excellent work for Highmark. Anyone who keeps a client for 15 years must be doing a lot right, especially when we’re talking about the amount of money Highmark spent during that timeframe.

According to news reports in the Pittsburgh Post-Gazette, the collaboration resulted in the popular “Have a greater hand in your health” tagline that was well known throughout Western Pennsylvania.

For those who might be reading this outside of Pittsburgh (or those living under a rock for the last few years in Pittsburgh), Highmark and rival health care system UPMC have been locked in a bitter battle for patient access to their respective medical facilities during the past several years. Highmark bought West Penn Allegheny Health System and formed Allegheny Health Network (AHN) to ostensibly compete directly with UPMC.

Coincidentally or not, the article in the Post-Gazette also pointed out how “Mullen didn’t work on the issues-related pieces that Highmark has been doing more of” in its battles with UPMC.

With new executives in charge at AHN who are evaluating the best path forward, change is inevitable. In Mullen’s case, is it fair that the messenger apparently took the fall? I say no, unless that message will be shared in an altogether different way.

If all Highmark seeks to accomplish by parting ways with Mullen is to spend millions with another advertising firm to craft new taglines, then the results likely will be no more or less effective than they were with Mullen.

Practically by definition, advertising allows for brief, one-way communication. Changing the messenger from one advertiser to another won’t allow Highmark to flesh out its value proposition in comparison to UPMC any more comprehensively.

A tagline isn’t your brand and can’t justify why someone should look to do business with you. Points of distinction in health care are best told through authentic storytellers such as the expert care providers themselves. You need to start from a place of truth and consistently monitor the effectiveness of the message you’re trying to convey.

At WordWrite, we believe a business story – why that business exists and why it does what it does – trumps brand and distinguishes a company from its competitors. In the case of a health provider, why should families choose it for the care of those they love most? What can the health provider give a family that it can’t get elsewhere?

Kudos to Highmark for evaluating the ROI it receives from the outside agencies it hires. As Mullen Pittsburgh President Brian Bronough told the Post-Gazette, “It’s just good due diligence on their part.”

One good strategy might be to comprehensively craft and share the types of in-depth, genuine stories that will resonate most strongly with target audiences. That’s what we do for clients daily.

However, if Highmark chose to shake up the Pittsburgh advertising scene in search of a different tagline, then it’s merely blaming the messenger when the way the message was delivered is more likely at fault.

Is your organization truly telling your story behind the collection of logos, tag lines and advertising campaigns that comes together to create what is commonly called “brand?” 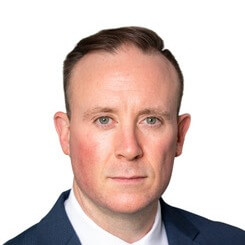