The Immediacy of Social Media: Are Expectations Too High?

Some areas of “new” media (or what others call “immediate media”) are widely altering how “news of the day” is followed and understood. Having made strong impact as real-time, populist, just-the-facts, eyewitness accounts, certain parts of the blogosphere are widely influential in delivering daily news.<

Some say this will revolutionize (if not eliminate) traditional journalism, public relations and marketing of all types, and general business communication. Crossing into the realm of social media is seen as a form of information democracy so strong that De Tocqueville would take note. Social media has made a big splash and is playing well in Peoria where they are all a-twitter about Twitter.

But, as ESPN’s Lee Corso frequently intones when his gang is selecting college football winners, not so fast. Social media indeed is making its mark but falls far short as the magical elixir some credit as raising our understanding of the complex world in which we live. That’s largely because how social media forms are currently used uncovers many shortcomings. I see three that stick out more than most.

First, much social media content focuses on the composer’s self-expression and thoughts and feelings in an almost stream-of consciousness form. Others respond or follow suit and soon a given message thread is more a group therapy session than topical perspective. This provides an incomplete factual understanding and prematurely moves the social media activity into what conventionally we might call “news analysis” — long before the dimensions of the “news” itself has been fully established.

Second, in all of their unbridled, jazz musician-jamming, these "message freedom" social media artists seem to pay little mind to established measures and practices of audience response that we use in any other human interaction. I could stand up in a crowded conference room and announce that I just had a lousy burrito for lunch, yet I doubt my coworkers would care. This is why most of us don't stand up and make such inane comments. So why do so many folks use Twitter to send this kind of drivel?

While it’s true that social media messages offer an equal opportunity to all users to offer a social media response of their own, too many original message composers seem to care little for whom and how many users ponder their missive and consideration of their collective perspective in message composition.

Last, and most importantly, social media "stories" rarely provide story context. Communication in any form is about shared meaning. Researchers have long known that, as message complexity and diversity rises, story context becomes vital. The social media author is largely only a contributor on the diversity side of this equation. There's little room for context in 140 characters, even when you are looking at entire "Tweetstream" of Tweets from a number of participants.

Building and communicating story context takes time and thought — two elements whose absence lead many to embrace social media in the first place. With such a large premium on real-time, message immediacy, how can social media ever become a vehicle that provides real context? I'd be interested in knowing what you think. 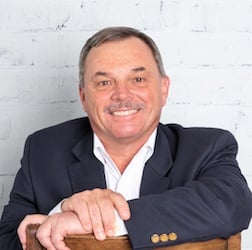