Why heroes matter: The storytelling odyssey of Oscar Pistorius

In South Africa, Olympic star Oscar Pistorius is charged with murder. A double amputee whose carbon fiber “Blade Runner” artificial legs enabled him to compete against able-bodied runners in the 2012 London Olympics, Pistorius stands accused in the shooting death of his girlfriend, the lawyer, model and reality star Reeva Steenkamp. 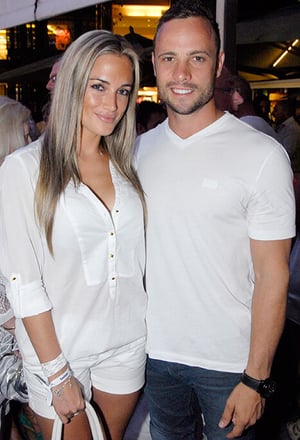 Until Steenkamp’s Feb. 14 death, she and Pistorius were a South African power couple – young, good looking and at the top of their respective games. As big and broad as their fame spread before the murder, their fame (infamy?) spreads far wider now.

Why? The simplistic answer comes from all those adjectives and descriptors in my first paragraph – Olympian, amputee, model, lawyer, etc., etc. While those characteristics are surely part of the worldwide fascination with this horrible tragedy, they do not explain why this story has blown up, commanding such a huge share of news coverage and social media attention.

The real reasons for this attention lie in the psychology and biology of human communications. We at WordWrite have studied and incorporated these factors in our strategic communications work on storytelling. We’re not the first group to study the impact of stories on people; we do believe we’ve uncovered a lot about how humans crave storytelling and heroes that helps explain why authentic stories, fluently told, are so important in our information-saturated world.

In short, the Oscar Pistorius odyssey, however it ends, explains why heroes matter, and what happens to the rest of us when the stories of our heroes take crazy and unexpected turns.

Joseph Campbell, the author and teacher whose life work centered on comparative mythology, first explained how stories and heroes matter, regardless of society, culture, geography or economic attainment, in his seminal book, The Hero With a Thousand Faces.

Campbell argued that one primary story was at the heart of the most powerful human myths. He called it the hero’s journey. He distilled it like this: The hero, sometimes an outcast or someone who is at odds with society, leaves home or his culture and wanders. He meets a magic man or genie or someone who gives him a magic potion or solution and returns to his society to win a contest or battle and thus, get the girl and earn the accolades and admiration of his fellows.

Isn’t this exactly what has happened to Pistorius? Born with severely deformed legs that were amputated below his knees before his first birthday, Pistorius was different, if not an outcast. It was the magic gift of his carbon fiber legs that finally enabled him to put his innate gifts to true purpose by competing in the Olympic games. Even though he didn’t win a medal, the Blade Runner’s triumphant journey was remarkable enough that he returned home a hero, and got the girl, the accolades and all else that our world society loves to heap on heroes.

As remarkable a story as that was, Steenkamp’s shooting death in the home of her boyfriend, in the early morning hours of Valentine’s Day, has led to murder charges for Pistorius and a level of news and social media attention that rivals pop culture events such as the death of pop star Michael Jackson.

Why? I believe it has to do with something that Campbell and many others hinted at but didn’t fully explore: authentic storytelling and fluent storytellers. This has been an important focus of our work at WordWrite, because our expertise is in helping our clients uncover, develop and share their authentic stories.

Part of what made the Blade Runner story so great was the remarkable authenticity of the odds that Pistorius had to overcome to compete in the Olympics. As his fame increased, like many heroes before him, Pistorius became the spokesperson and the embodiment of ideals and behaviors that may or may not accurately reflect who he is.

All the good of his authentic story as the double amputee Olympian began to crack and tumble as our world society began to grapple with the idea that the hero label we applied to Pistorius might not transfer beyond the Olympic oval.

The apparent destruction of the authenticity of the Pistorius story is closely related to the importance of a fluent storyteller, which we define as a person who is not just technically proficient in telling the story of their life or their company or their cause, but someone who is also authentic and believable.

While the Pistorius family has spoken to journalists and admirably represented the emotions and the sadness inherent in this tragedy, the world wants to hear from the Blade Runner himself. All they have seen of him directly so far, is unspoken emotion in court, and hooded hustling from car to courtroom.

I don’t know how the Pistorius odyssey will end. I do believe that the work of Campbell and many others enables us to understand why this sad tragedy commands our attention so completely. And the answer is not as much about what Oscar Pistorius did or didn’t do as it is about us, and what kind of stories we want to see, hear and experience as we go about finding and celebrating those fellow humans we like to call heroes.